Researchers studied 27 men, 21 years old and older. Each had had a needle biopsy within the past year that confirmed inflammation of the prostate gland, and a blood test that showed elevated prostate specific antigen (PSA) levels–possible signs of inflammation and cancer.

The men were assessed for symptoms of prostate disease by answering questions on the International-Prostate Symptom Score (IPSS) test about their quality of life and possible urination issues.

Researchers found 21 of the 27 participants had no or mild inflammation, but 15 had biopsy-confirmed malignancies. Two had both inflammation and a malignancy.

The men also had to have at least 18 teeth and were examined for signs of gum disease, such as increased levels of inflammation and bleeding and/or loose teeth due to attachment and bone loss.

Gingivitis means inflammation of the gums (gingiva). It commonly occurs because of films of bacteria that accumulate on the teeth – plaque; this type is called plaque-induced gingivitis. Gingivitis is a non-destructive type of periodontal disease. If left untreated, gingivitis can progress to periodontitis, which is more serious and can eventually lead to loss of teeth.

A patient with gingivitis will have red and puffy gums, and they will most likely bleed when they brush their teeth. Generally, gingivitis resolves with good oral hygiene – longer and more frequent brushing, as well as flossing. Some people find that using an antiseptic mouthwash, alongside proper tooth brushing and flossing also helps.

In mild cases of gingivitis, patients may not even know they have it, because symptoms are mild. However, the condition should be taken seriously and addressed immediately.

Health care professionals have long recommended that such patients obtain emergency medical identification, such as MedicAlert jewelry (bracelet, dog tag necklace) or wallet cards, that allows people to easily identify when someone is having a medical emergency and take steps to get appropriate medical help. Many people do utilize such accessories. However, the majority of people, including children, do not wear emergency medical identification, and this can pose great risks.

The new iOS version 8.0 for iPhone and iPad includes an application called Health that is automatically loaded onto the user’s device. Within this application, patients can set up their Medical ID that contains information such as medical conditions, allergies, medications, emergency contacts, physician information, and care requests (for example, Do Not Resuscitate). This information can then be accessed from the locked home screen of the device by selecting the “emergency” option. There are applications on cellular phones with the Android platform that can be downloaded and will allow similar access from a locked home screen, but the user must find and download the application rather than having it automatically appear on the device.

Although implants have typically enjoyed high long-term survival rates,7 their associated initial financial impact is much higher than that of saving the natural dentition.8 Conservative valuations place start-up costs for implant treatment around two to three times higher than saving natural dentition via periodontal therapy (Table 2). In addition, implants are not without complications, and both biologic and/or mechanical complications can be associated with additional treatment costs to the patient. Recently, the literature has been replete with discussion of biologic complications in the form of peri-implant disease. Peri-implant diseases fall into two categories: peri-implant mucositis and peri-implantitis.

Xylitol is a popular sugar substitute in sweets and it is already known to cause less damage to teeth than sugar. It has also been suggested that the addition of xylitol to products may help to prevent tooth decay by stopping the growth of decay-producing bacteria. However, according to new evidence published in the Cochrane Library there is little high quality evidence that it is beneficial in the fight against tooth decay, which affects up to 90% of children and most adults worldwide. 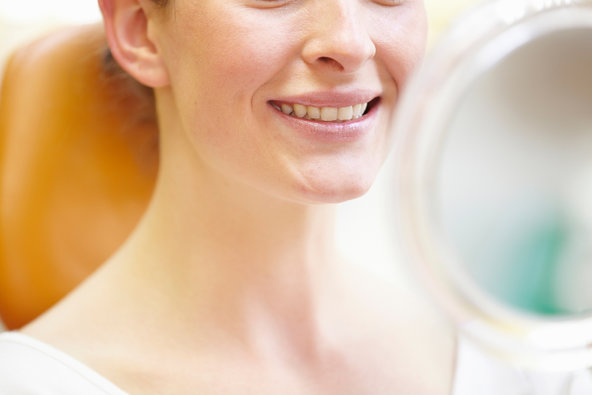 Are You At Risk?

Next time you decide to make a cup of tea, reach for the green tea! Green tea, which contains antioxidants, has been shown to reduce the risk of gum disease and heart disease by reducing inflammation in the body.

Find us on Google Plus